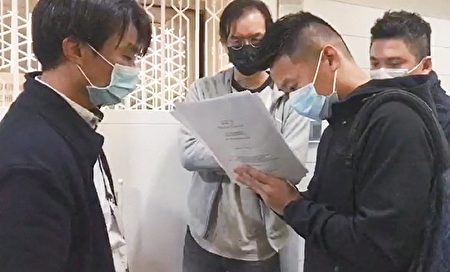 Procedure For Service Of Petition

(1) Subject to this Rule and Rules 84 and 87, a copy of every divorce petition shall be served personally or by post on every respondent or co-respondent.

(2) Service may be effected:

(a) where the party to be served is a person under disability within the meaning of Rule 83, through the petitioner, and

(3) Personal service shall in no case be effected by the petitioner himself.

(4) A copy of any petition which is to be served through the court shall be served by registered post by an officer of the court.

(a) an acknowledgment of service in Form 6 is signed by the party to be served or by a solicitor on his behalf and is returned to the court office; and

(b) where the form purports to be signed by a respondent spouse, his signature is proved at the hearing.

(6) Where a copy of a petition has been sent to a party and no acknowledgment of service has been returned to the court office, the registrar, if satisfied by affidavit or otherwise that the party has nevertheless received the document, may direct that the document shall be deemed to have been duly served.

(7) Where a copy of a petition has been served on a party personally and no acknowledgment of service has been returned to the court office, service shall be proved by filing an affidavit of service showing, in the case of a respondent, the server’s means of knowledge of the identity of the party served.

(8) Where an acknowledgment of service is returned to the court office, the registrar shall send a copy thereof to the petitioner.

(9) An application for leave to substitute some other mode of service for the modes of services prescribed in paragraph (1), or to substitute notice of the proceedings by advertisement or otherwise, shall be made ex parte by lodging an affidavit setting out the grounds on which the application is made; and the form of any advertisement shall be settled by the registrar.

(10) Where it appears necessary or expedient to do so, the registrar may by order dispense with service of a copy of a petition on the respondent or on any other person, and an application to a registrar for an order under this paragraph may, if no notice of intention to defend has been given, be made ex parte by lodging an affidavit setting out the grounds of the application.”

(a) Ng Kah Tiang v Ching Peng Tow [1977] 2 MLJ 30, the delivery card showing that the envelope containing the documents had been duly delivered on August 18, 1975 was returned by the Post Office but Form of Acknowledgment was not returned by the respondent to the solicitor. The court was satisfied that the petition had actually been served on the respondent.

(b) In Health v Health [1950] 1 All E.R 877, the petition was sent by registered post to the husband’s last known address with a request that he sign the acknowledgment of service. The husband made no reply, nor was the letter returned through the post and inquiries made personally at the given address by a firm of American lawyers failed to trace him. Bucknill,L.J. at pg.880 observed: There has been no proper service because, under r. 8, the husband must sign an acknowledgment of service, but is it a case where under r. 10 the judge should direct that the petition shall proceed on the grounds that he is satisfied that the petition has in fact been received? The only suggestion now made is that an advertisement should be put in the local Sikeston paper which would cost about f7. I ask myself what use would that be? Is it more likely that the husband will see the advertisement than that he received the registered letter sent to him at the address where he had been living? I see no reason to suppose that that would be more likely…

(a) The petitioner did not request the court to serve the petition by post as required by Rule 12(2)(b).

(b) the affidavit of service per se is irregular, as no particulars of the deponent and her capacity have been disclosed, neither was any acknowledgment of service, by the respondent, exhibited.

(a) the petitioner be at liberty to comply with the procedure for service as set out in DMPR 1980.

(b) the deputy registrar to ensure that all the requirements under the Matrimonial Act and Rules have been duly complied, with before the matter is fixed for hearing.