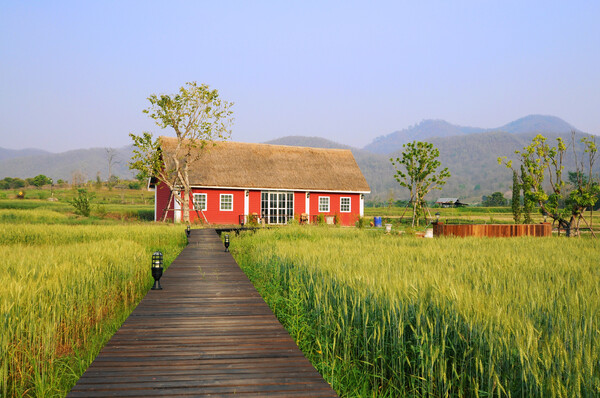 (i) a declaration that the deceased was survived by the Plaintiffs being his lawful heirs and beneficiaries who are duly entitled to his estate in equal shares;

(ii) for a declaration that the last will and testament of the deceased dated 20.5.2016 was invalid, null and void and died intestate;

(iii) for an order that the Defendant do take such necessary steps to restore the estate of the deceased, all assets, properties and effects belonging to the deceased and or the documents of title in relation thereto;

(iv) for damages for inducing or procuring the purported last will and testament dated 20.5.2016; and or

(v) for damages for fraud.

(i)  Mdm. Kho had separated from and left the deceased in 2009 and that she and the children had abandoned the deceased and refused to take care of him.

(iii) the deceased promised to give his properties to her for her services.

(iv) she was not chasing after the properties and monies of the deceased but instead it was his children.

(v) the law is clear, in that, even if the testator was wrought with grief, anger or spite when executing a will, it does not take away his ability or capacity to execute it. Everyone is left free to choose the person whom he will bestow his property after his death, entirely unfettered in the selection he may think proper to make and that he may disinherit his children and leave his property to strangers to gratify his spite. It was submitted that we must give effect to his will, however much we may condemn the course which he has pursued. Cited Boughton & Anor v Knight & Ors [1861-78] All E.R. Rep. 40; Tan Cheu Kee v Lim Siew Hwa [2016] MLJU 1599; Gan Yook Chin (P) & Anor v Lee Ing Chin @ Lee Teck Seng & Ors [2005] 2 MLJ 1; Eu Boon Yeap & Ors v Ewe Kean Hoe [2008] 2 MLJ 868.

(ii) she had known the deceased since 2011. She said the deceased confided to her that his late wife and children abandoned him and did not want to live with him and left him to live alone nor they took take care of him as well as his aged mother. This was hearsay evidence and without corroboration.

(iv) in July 2014 the deceased’s health deteriorated and requested her to stay with him, to keep him company and to care for him and his aged mother.

(v)  they developed platonic relationship and she was still married but had separated from her husband. She said they planned to get married once her marriage was dissolved. She said she was never paid any salary for her services except being provided a place to stay and food bought by the deceased from his savings. She said the deceased promised to give her some of his properties upon his death as further token of her services.

(i) The mother of the deceased (PW1) testified that the deceased did not separate from his wife and that they lived together with the children in the house until the wife died in 2014. She said after that, the Defendant moved to stay in the farm house and she had met the Defendant. PW1 said she did not live with the deceased and the Defendant at Kpg. Betong because she has her own house in Kpg. Punau. She said the Defendant never took care of her. PW1 was corroborated by the Plaintiffs.

(iii) The 3rd Plaintiff said they knew the Defendant had moved in to stay in the farm-house because she was their father’s friend. She said her father was in good health until he had fever in April, 2016 and became bedridden. She said she visited her father day and night. When her father was admitted to SGH, she and her siblings visited their father in SGH daily and her brothers, namely the 4th and 5th Plaintiffs, flew in from Johor to visit their father. The Plaintiffs’ witnesses have testified that they never abandoned their father in particular the 2nd Plaintiff lived and continues to live in the house. These contradicted the testimony of the Defendant.

(iv) The 3rd Plaintiff said the Defendant did not consult them and did not inform them of the will. She said at that time her father’s condition was very weak and affected his ability to understand.

Drafting of the Will