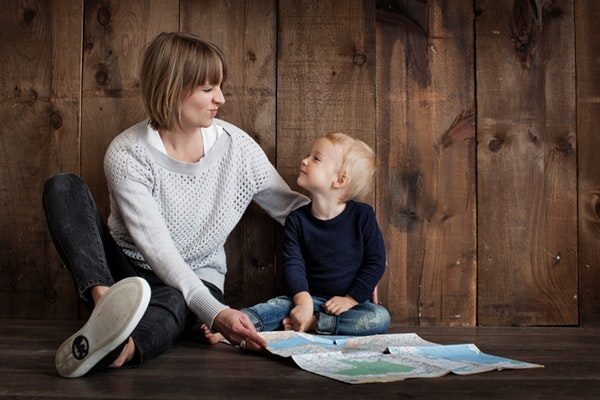 (a) That the marriage between the petitioner and the respondent be dissolved.

(b) That the petitioner shall have sole custody, care and control of her child Sean Ryan Driscoll (Sean).

(c) The respondent shall have reasonable access to the child at No. 1A-3-3, Tanjung Bungah, Pulau Pinang and in public areas.

(d) That the respondent do pay a lump sum payment of RM 2,280,943.00 as maintenance for the petitioner and the child including the costs of education.

(f) That the respondent transfers his half share in the condominium situated at No. 1A-3-3, Tanjung Bungah, Pulau Pinang (the property) to the petitioner.

(i) That the respondent shall apply and obtain visa requirements for the petitioner and the child so that they are able to stay in Malaysia.

(j) Any other reliefs deemed fit by the honourable Court.

(k) Costs of this proceedings being borne by the respondent.

(a) Divorce is granted with decree absolute being in 1 month from the decree nisi with this period being agreed to by the parties.

(e) Due to the divorce being granted the respondent does not bear the responsibility to apply and obtain visas for the petitioner and Sean.

(f) The property is sold with the proceeds being divided equally between the parties.

The claim against the co-respondent is dismissed.

(i) The property having to be sold with the proceeds being divided equally between the parties.

(ii) The dismissal of the claim against the co-respondent.

Facts of the case

(i) Sale of the property with the proceeds being divided equally.

(ii) Dismissal of the claim against the co-respondent

A: With the condition that the respondent returns to me and stop the relationship with the co-respondent.

Q: Basically, adulterous relationship you are prepared to forgive and let go provided he comes back and stops going to see her, right?

A: Stop having relationship with the co-respondent, yes.

It is clear that the petitioner has condoned adultery if there is genuinely one. After hearing the oral evidence of both parties on the ground of adultery. I came to the conclusion that the petitioner in this matter has failed to discharge the onus.”

(ii) Maintenance of the wife

The court may order a man to pay maintenance to his wife or former:

“(a) During the course of any matrimonial proceedings

“The term ‘maintenance’ used in ss.77 and 92 of the LRA aforesaid, should be construed widely as it signifies any form of material provision that will enable the wife and children to be placed in a position to enjoy the same standard of living as they did during the existence of the marriage. In the case of Re Borthwick (Deceased), Borthwick v Beauvais [1949] Ch 395 at p. 401, Harman J held;

It is said that maintenance is the only thing you can look at. What does that mean? It does not mean that you can only give the dependant just enough to put a little jam on his bread and butter. It has already been held that what is reasonable for one may not be reasonable for another. It must depend on the circumstances of the case. It certainly depends to some extent on the circumstances of the widow, but I think it may also depend on the circumstances of the testator, that is to say, whether he died a rich man or no, because a rich man may be supposed to have made better provision for his wife’s maintenance than a poor one. Maintenance does not only mean the food she puts in her mouth it means the clothes on her back, the house in which she lives, and the money which she has in her pocket, all of which vary according to the means of the man who leaves a wife behind him. I think that must be so. Maintenance cannot mean only a mere subsistence.

In the second place in awarding maintenance the court endeavours, subject to the husband’s financial position to enjoy the same standard of living as she did during the marriage.

I am of the opinion that in considering what amount of maintenance the petitioner husband should pay to the respondent wife as maintenance for herself and the children, we must consider the means and needs of the parties, taking into account the standard of living of the parties…”

The word ‘maintenance’ has a wide meaning. In Acworth v Acworth (3) Scott LJ said: “…Maintenance’ is a very wide word, and in my view it should be read as covering everything which a wife may in reason want to do with the income which she enjoys.”