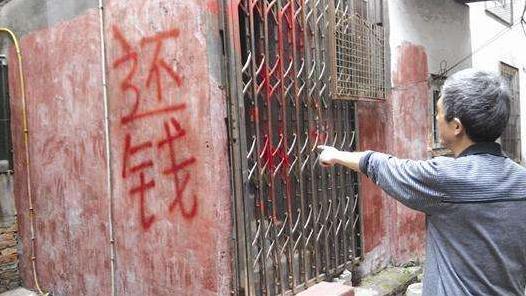 遗产继承人需要承担死者的债务吗？Liability of the Beneficiary towards the Debts of the Deceased

(b) all rights and duties which would have attached to him with respect to that last-mentioned chargeable income as he would have so had shall pass to his executors.

(a) The Director General is informed of the death of the individual by the executor referred to under subsection (1) in the form prescribed under this Act;

(b) the estate duty affidavit (if any) was filed in Malaysia with respect to any part of the estate of that individual; or

being the basis year in which the last of those events took place.

(4) The amount of any tax payable by the executors of a deceased individual by virtue of this section (together with any penalty which may be incurred under subsection 103(3), (4), (5), (6), (7) or (8)) shall be debt due from and payable out of the estate of that deceased individual.

(5) The executors of a deceased individual shall not distribute any of the assets of his estate unless they have made provision (in so far as they are able to do so out of those assets) for the payment in full of any tax which they know or might reasonably expect to be payable by them under this section.

(6) Any executors who fail to comply with subsection (5) shall be jointly and severally liable to pay a penalty equal to the amount of the tax to which the failure relates.

(2) The Director General and all authorized officers shall be deemed to be public officers authorized by the Minister under subsection 25(1) of the Government Proceedings Act 1956 [Act 359], in respect of all proceedings under this section.

(3) In any proceedings under this section the court shall not entertain any plea that the amount of tax sought to be recovered is excessive, incorrectly assessed, under appeal or incorrectly increased under subsection 103(1A), (3), (4), (5), (6), (7) or (8).

8.Effect of death on certain causes of action

(1) Subject to this section, on death of any person all causes of action subsisting against or vested in him shall survive against, or, as the case may be, for the benefit of, his estate:

Provided that this subsection shall not apply to causes of action for defamation or seduction or for inducing one spouse to leave or remain apart from the other or to any claim for damages on the ground of adultery.

(c) where the death of that person has been caused by the act or omission which gives rise to the cause of action, shall be calculated without reference to any loss or gain to his estate consequent on his death, except that a sum in respect of funeral expenses may be included.

(a) were pending at the date of his death; or

(b) are taken not later than six months after his personal representative took out representation.

(4) Where damage has been suffered by reason of any act or omission in respect of which a cause of action would have subsisted against any person if that person had not died before or at the same time as the damage was suffered, there shall be deemed, for the purposes of this section, to have been subsisting against him before his death such cause of action in respect of that act or omission as would have subsisted if he had died after the damage was suffered.

(6) In the event of the insolvency of an estate against which proceedings are maintainable by virtue of this section, any liability in respect of the cause of action in respect of which the proceedings are maintainable shall be deemed to be a debt provable in the administration of the estate, notwithstanding that it is a demand in the nature of unliquidated damages arising otherwise than by a contract, promise or breach of trust.