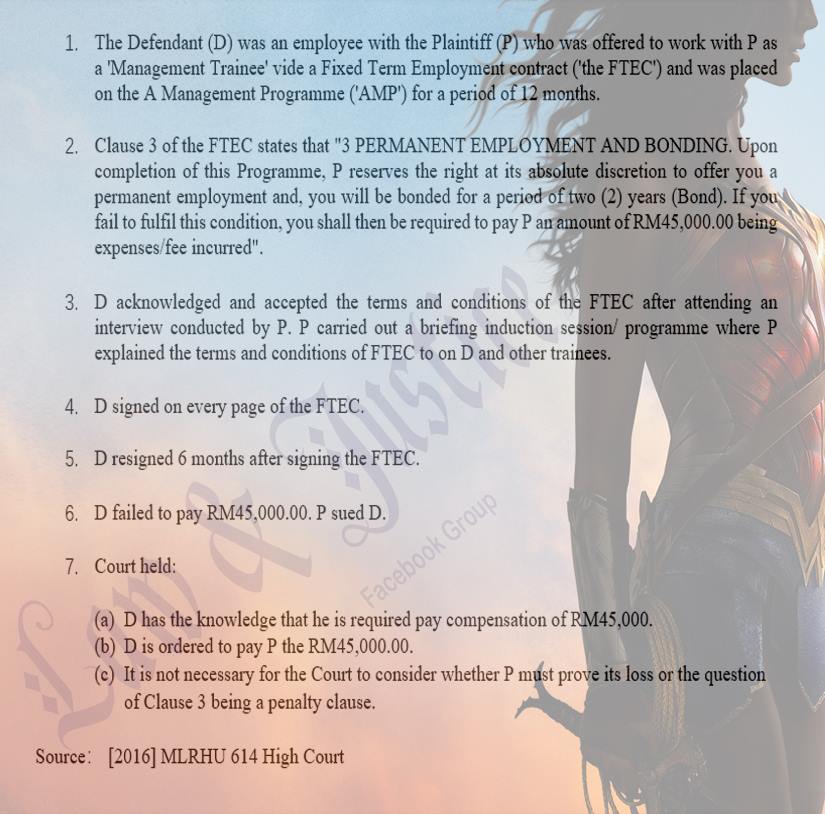 Upon completion of this Programme, Affin Bank reserves the right at its absolute discretion to offer you a permanent employment and, you will be bonded for a period of two (2) years (Bond), effective 1 January 2013 to 31 December 2014. If you fail to fulfill this condition, you shall then be required to pay Affin Bank an amount of RM45,000.00 being expenses/fee incurred”.

Notice of termination shall be 24 hours by either party during the Affin Management Programme. In the event if you wish to discontinue this Programme, you are required to refund to Affin Bank all the expenses incurred (internship allowance, training fees, medical expenses, among others) during your participation in this Programme”.

(b) the supporting documentary evidence wherein the Defendant has signed and received the Fixed Term Employment Contract and also the ‘borang senarai semak’ dated 1 January 2013 which clearly showed that the briefing on terms and conditions was made to the Defendant on 19 December 2012.