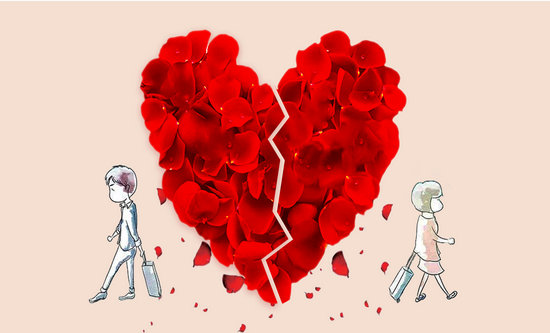 53.Breakdown of marriage to be sole ground for divorce

(1) Either party to a marriage may petition for a divorce on the ground that the marriage has irretrievably broken down.

(2) The court hearing such petition shall, so far as it reasonably can, inquire into the facts alleged as causing or leading to the breakdown of the marriage and, if satisfied that the circumstances make it just and reasonable to do so, make a decree for its dissolution.

(1) In its inquiry into the facts and circumstances alleged as causing or leading to the breakdown of the marriage, the court shall have regard to one or more of the following facts, that is to say:

(c)that the respondent has deserted the petitioner for a continuous period of at least two years immediately preceding the presentation of the petition;

(d)that the parties to the marriage have lived apart for a continuous period of at least two years immediately preceding the presentation of the petition.

(2) In considering whether it would be just and reasonable to make a decree the court shall consider all the circumstances, including the conduct of the parties and how the interests of any child or children of the marriage or of either party may be affected if the marriage is dissolved and it may make a decree nisi subject to such terms and conditions as the court may think fit to attach, but if it should appear to the court that in all the circumstances it would be wrong to dissolve the marriage it shall dismiss the petition.